Banks can accelerate the transition toward a sustainable economy by adopting new impact-reporting standards that account for social- and environmental factors, a group of leading financial institutions said in a call to action on Wednesday.

Financial firms need new reporting rules that pull positive and negative externalities like job creation and pollution into standard practices to provide a well-rounded picture of how they create true value, the Banking for Impact consortium said in a statement.

Banking for Impact published a Vision Paper on June 30, 2021, outlining plans to build an IMV approach that includes the quantification, valuation, attribution and aggregation of impacts for the financial sector.

Such scalable standards do not yet exist for financial firms. The consortium, led in partnership with academia, called on other financial firms to join its ranks in reshaping the economy with sustainability at the core. Harvard Business School has published groundbreaking research on IMV since launching the Impact-Weighted Accounts Initiative (IWAI) in 2019. Recent Harvard research monetizing the impacts of over 1,800 public companies’ operations revealed a significant relationship between negative environmental impacts and lower stock market valuations, underscoring the strong business case for greener business models.

Ralph Hamers, UBS Group CEO, said: “The world economy needs a market-based system where social and environmental impacts are just as transparent as financial profit metrics. Measuring previously unreported elements will help the private sector tackle critical societal challenges such as climate change and inequality. The banking sector, with the ability to appropriately price social and environmental risks, is well-positioned to lead this transition and UBS is proud to be at the forefront of this effort through Banking for Impact.”

Banking for Impact’s call to action received support from leaders in finance, academia and the non-profit sector.

Sir Ronald Cohen, Chairman of IWAI and the Global Steering Group for Impact Investment, said: ”The sooner banks embrace impact measurement, the sooner they can meet rising expectations for responsible behaviour. Impact transparency will focus banks on providing solutions for people and planet, rather than financing the creation or aggravation of problems. This will redefine banking success to include both profit and impact performance, improving lives and the planet.”

Herman Mulder, inter alia the co-initiator of the Equator Principles and the Chair of the Impact Economy and True Price Foundations and of the SDG Charter Coalition: “In the beginning, there was no path, until someone started walking, and then another followed, and finally, it became a highway. The banking sector is under siege by ever increasing regulatory requirements, caused by the banking crisis, money laundering and technology. It has created a defensive attitude with many of its stakeholders from which it needs to break out. As a steward in multiple transition agendas, it can rediscover and fully exploit its soul and its unique value proposition by supporting its customers in doing the right business in a thriving and sustainable society: with opportunity-seeking, business-structuring and multi-capitals mobilisation at the core. A good idea needs its moment, which is now! The Equator Principles were, in 2003, such moment, as are the Principles for Responsible Banking more recently. These initiatives started with a few and subsequently became mainstream, initially in preaching and later in practice. Banking for Impact is yet another such opportunity for the banking sector to convene and set a new standard: ‘Better Banking for a Better World’”

Robert Swaak, CEO ABN AMRO Bank N.V., said “A company’s long-term licence to operate depends on it creating value for all stakeholders – clients, employees, investors and society at large. This is also true for ABN AMRO. As a bank, we certainly have an impact on our stakeholders. If we understand our impact by measuring and reporting, we will also begin to understand where we can achieve the most positive impact and at the same time reduce our negative impact.”

Carsten Rasch Egeriis, Danske Bank CEO, said, “Danske Bank is fully committed to increasing awareness and action for sustainable progress. It is a fundamental element of how we will develop the bank going forward, as we believe that sustainability is essential for creating lasting value for all our stakeholders while contributing to solving society’s challenges. Developing an approach for measuring and analysing our impact will benefit our stakeholders as it will allow us to take better decisions; create better transparency and, not least, allow us to systematically decrease our negative impacts while increasing our positive impacts on society and nature.”

Piyush Gupta, Group CEO, DBS Bank, said: “Financial accounting is a useful means of measuring performance. Unfortunately, its prism tends to be narrow, and it misses out on several critical impacts that economic actors have – both positive and negative. As the world increasingly begins to accept that the role of a corporation is to cater to several constituencies, not just shareholders, it becomes imperative to create a better scorecard, one that takes these “non-financial externalities” into account. Banks have the opportunity of being at the leading edge of creating such report cards, and DBS is therefore delighted to partner with like-minded organizations in trying to set up approaches and standards to take this agenda forward.”

Adrian de Groot Ruiz, Executive Director, Impact Institute: “Banks can help build the economy of the 21st century by becoming stewards of natural, intellectual, social and human capital as they already do financial capital. They play a pivotal role in building the impact economy, where work, entrepreneurship, innovation, and technology are dedicated to creating a positive impact on the world. Banking For Impact will gain traction because the most reliable long-term profit driver has always been the actual value banks create for society.” 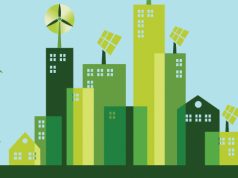