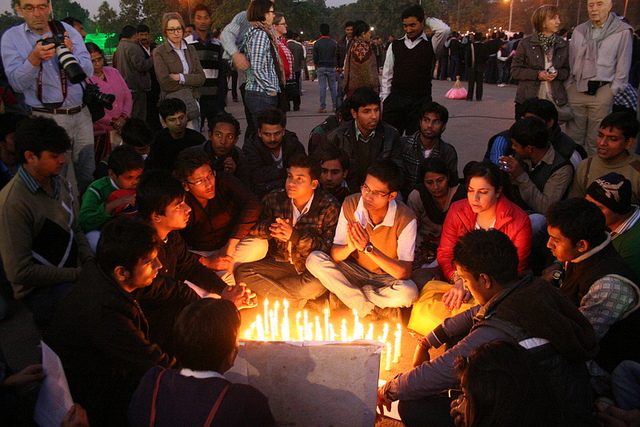 Development, growth, education, women empowerment – these are the words that our politicians use when they fight elections. And these are the keywords in their propaganda that make us trust them. India is known to be the fastest growing country. But what is it actually growing in? Crime? Rapes? Murders? What exactly?

A girl gets raped by an MLA. The police do not agree to register an FIR. They do not allow her to record the name of the MLA in her statement. The girl has to take a step as extreme as self immolation to get noticed by the CM. The father of the girl who accompanies her to the court to seek justice gets framed in a fake case and gets arrested under section 25. He gets tortured and abused in lock up by the police, and succumbs to his injuries later on.

We roam around freely in the city, while trusting our police. We are content knowing, they are there to protect us if anything goes wrong. But how do we live if we get to know that our police are actually sold out to the politicians and they are actually the ones who are killing the innocent, instead of helping them. How do we trust our government if its own employees are criminals and it doesn’t take any action against them?

Our Prime Minister talks a lot about women’s rights. He has been very vocal about what kind of punishments should a rape accused be given. He believes in connecting with his subjects through weekly podcasts. Why is he silent today?

It is rightly said that Justice delayed is justice denied. How do we stand up with pride in front of the world when our country has a system so corrupt? How do we invite our friends from abroad to visit us without having a conviction of their safety? And why is it that no action gets taken unless the people are monitoring the government action? We need a government that doesn’t work because someone is looking, but because, it is its job.

The gang rape of an 8-year old has sparked rage and fury, reminding one of the Nirbhaya case in 2012. In India rape is an official crime but it is common and seen as a right of an individual to oppress. This is done on a variety of grounds, such as the armed forces getting away due to special protection, communal grounds or just blaming the very attire of a woman.

For every 15 minutes a rape case is reported in India. It is legal according to Manusmriti law to rape shudra women and considered as a dharma, as they were called as devadasis. In modern India, these vedic laws and manu laws do not exist, but the fascist upper class still has the same mindset. When killing, violence and raping are a part of one’s faith, how can you imagine a crime-free society?

A retired government official and four policemen have been charged over the gang rape and murder of an eight-year-old Muslim girl in Indian-administered Kashmir. The retired official, Sanji Ram, ordered his nephew and a policeman to kidnap the girl, Asifa, in January to terrorise members of her nomadic Bakerwal community into leaving Kathua district in the region’s mainly Hindu Jammu division, according to a court filing.

The girl was heavily sedated, kept in a Hindu temple, and gang-raped by at least three men over the course of four days in mid-January, the police said in the charge sheet made public on Tuesday. She was later strangled and her body was found in the forest near the temple.

One of the three suspected rapists was a policeman. Another officer, Anand Dutta, who was initially in charge of the investigation, took more than 1.5 lakhs in bribes to cover up the crime, according to the police. Dutta even washed the clothes Asifa was wearing at the time of her death to remove any blood or semen stains, they said. He is amongst a total of eight suspects who have been detained over Asifa’s rape and murder. All eight are Hindu.

Protests have now spread across much of Kathua. After the brutal gang rape and murder of a medical student in New Delhi in 2012, the government promised to introduce legal reforms and support services to help victims of sexual violence. The question is, where the Prime Minister and the party, which gave hope that days of crimes committed against women with complete impunity were over, by selling the slogan of “Beti Padhao, Beti Bachao”.

Only because the community was trying to be taught a lesson, did “India’s beti” and her family, have to take such a painful hit? It is absolutely imperative for leaders to come forth, speak and take strict action. Is the crime not worthy enough for a comment from the highest office, which has been silent since assuming office in 2014. Is any place safe in the country when rape is based on your religion?

All the citizens of the country have to stand together in one voice and not let our bodies pay a price due to politics, personal gains or cultural differences.

Face-off Over Human Rights in Kashmir 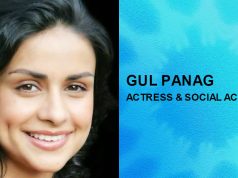 95% of women are raped by people they know: Gul Panag, Actress, Activist and Campaigner