The recent grand success of India’s javelin throwers at the Olympics and Paralympics is far from being a sudden development or a mere stroke of luck. It is, in fact, a result of dedicated efforts of players and organisations like Amentum, which are working to encourage the development of the sport at the grassroots level.

Amentum, whose name Amentum itself refers to the cord attached to a javelin for aid in casting, is a non-governmental organisation working for the development of javelin throw as a sport at the grassroots level across the country. It was founded in 2016 by Aditya Bhargava with a mission ‘to win Olympic medal by 2028 in Indian javelin’. Amentum has got top javelin experts from around the world to create a system that can be implemented in the school curriculum. It is led by Michael Musslemann, a Peruvian national record holder. His roots lie in Germany, with 38 years of experience in sport both as an athlete and coach.

While Neeraj Chopra brought home the gold in Javelin throw at the Tokyo Olympics 2021, Amentum’s mission continues to hold as a much wider objective. The NGO is working to see to it that javelin finds itself in school curricula in smaller towns. It provides extensive support and encouragement to young athletes starting early as school-goers in the form of financial assistance for buying sporting goods, arrangement of suitable facilities, and rallying support from sponsors for events and more such facilities for sportspersons.

Amentum has pioneered the #IndianJavelin community on social media, which is growing by leaps and bounds, having clocked 1,40,000 followers across various platforms. It also operates an online platform for coaching young, junior and some senior throwers, created in partnership with CoachKhoj. The platform has resulted into the launch of several successful sportspersons at the state and national level.

Amentum’s efforts in promoting the sport are truly comprehensive. They run the Indian Javelin and Indian Para thrower pages on social media, which documents upcoming talents. They distribute javelins commercially through the Amentum shop and run the Amentum Prodigy Foundation through which they provide financial and equipment assistance to youth athletes. Amentum has trained nearly 80 coaches under a partnership programme with special olympics Bharat.

Amentum’s growth journey in India is marked by corporate support from PM Relocations, professional relocation experts headquartered in Gurgaon, championed by its CEO and self-made leader Aakanksha Bhargava. Recognising the growing need to marshal further support for the ‘#IndianJavelin’ community – the first of its kind established by Amentum – the organisation has formally brought on board Aakanksha Bhargava as Director.

As a second-generation entrepreneur who steered significant growth of her company’s business, Aakanksha is enthusiastic about making a difference to the sport of javelin throw in India, as well as help Amentum to widen its activities to include other sports such as women’s football.

Says Aakanksha about her association with Amentum, “This is a great time for non-cricket sports and sportspersons in India. We have been formally associated with Amentum for a few years now and their work under Aditya’s leadership has been truly commendable. What I find truly admirable about Amentum’s work is their focus on and commitment to grassroots development of the sport. They are ensuring the equality of opportunity for people who have immense talent but lack the access to the right resources. This is the right approach if we are to produce great sportsmen as a country.”

Aditya Bhargava, co-founder of Amentum, says, “We are extremely excited that our long-term association with Aakanksha has turned into a formal collaboration. She is a renowned leader, who has inspired so many to make their entrepreneurial dreams a reality. We believe she can do the same for our teams and our players, besides helping us to build a stronger ecosystem for the various sports we are focusing on. Corporate support for organisation like us is always a win-win and there is a lot to be done here!” 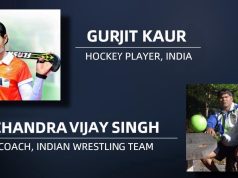 Northeast India is most deserving of Sports CSR funding

Importance of dramatic play in schooling and education CSR initiatives