In a bid to revitalise the higher education sector in India and to forge stronger linkages between industry and academia, the government has redefined the scope of 2% mandatory corporate social responsibility (CSR) contribution made by companies. Now, companies can spend their contribution on centrally funded and state-funded academic institutions, universities and incubators.

It gets more interesting. India is going to be possibly the first country in the world to implement a Scientific Social Responsibility (SSR) Policy on the lines of Corporate Social Responsibility (CSR). The policy aims to harness latent potential of the scientific community for strengthening linkages between science and society, and for making the S&T (science and technology) ecosystem vibrant.

What is Scientific Social Responsibility?

SSR or Scientific Social Responsibility SSR is the confluence of scientific knowledge with visionary leadership and social conscience. SSR is about building synergies among all stakeholders in our scientific knowledge community and also about developing linkages between science and society.

Since independence, India’s development in the scientific field is praiseworthy; however, the transfer of scientific knowledge and its benefits to society at large is still an area of concern. Apart from deploying more resources on human and social development, building a strong connect between science and society is essential. One way could be through the translation of scientific knowledge in achieving social goals which could be institutionalized through a policy on “Scientific Social Responsibility”.

An important justification for SSR is the ethical obligation of “giving back” to less endowed stakeholders of science, technology and innovation as well as society at large, some of the benefits that science derives from it.

The relationship between science and society being a two-way engagement, SSR is not only about scientific impact on society but also about social impact on science. It would also bring about an attitudinal change in the mindset and work style of the scientific community, thereby enhancing the social reputation of our scientific organisations.

Implementing SSR will have far reaching implications for the new initiatives such as Transformation of Aspirational Districts, Make in India, Swachh Bharat and Digital India, leading to inclusive growth and development. SSR would inculcate moral responsibility amongst scientific community which may trigger social entrepreneurship and start-ups impacting S&T ecosystem and society.

SSR is to be implemented through the following specific strategies:

– All Central Government Ministries and State Governments would plan and strategise their SSR in accordance with their respective mandates.

– All knowledge workers would be sensitised by their institutions about their ethical responsibility to contribute towards the betterment of society and the achievement of national developmental and environmental goals. A knowledge worker is anyone who participates in the knowledge economy in the areas of the human, social, natural, physical, biological, medical, mathematical and computer/data sciences and their associated technologies.

– There should be an SSR monitoring system in each institution to assess institutional projects and individual activities. Each knowledge institution would publish an annual SSR report.

– Appropriate indicators for monitoring of SSR activities pertaining to output/outcomes for both at the institutional and individual level need to be developed. The impact of SSR activities needs to be measured in terms of short frames.

– Individual SSR activities should be given knowledge worker, such as the performance the output of university and college teachers.

– SSR activities and projects of a knowledge institution would not be outsourced or sub-contracted.

SSR has the potential to bring scientific and innovative solutions to societal problems, especially marginalized sections of society. Some of the envisioned benefits of SSR include:

– Expanding the domain of science and its benefits to the community. Encouraging students into science through handholding and nurturing their interest.

– Creating an opportunity for cooperation and sharing of S&T resources in laboratories with other researchers in universities and colleges.

– Identification of best practices and success models on SSR for replication with multiplier effect in the country.

– Facilitating actions towards addressing Technology Vision 2035 Prerogatives and Sustainable Development Goals (SDGs) of the country such as water, ecology, health and livelihood.

Prime Minister Narendra Modi had openly advocated SSR back in 2017. “On the lines of Corporate Social Responsibility, the concept of Scientific Social Responsibility needs to be inculcated to connect our leading institutions to all stakeholders, including schools and colleges. We must create an environment for sharing of ideas and resources,” the prime minister had said in his inaugural address at the 104th session of the Indian Science Congress on January 3, 2017 in Tirupati. 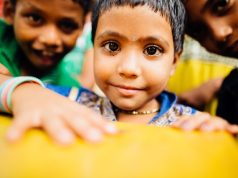 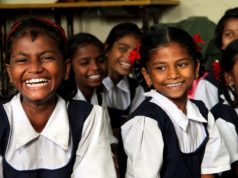 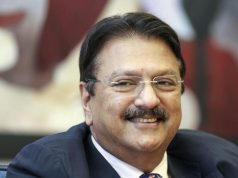