Amongst the leading multinational sportswear manufacturers are Adidas, Nike and Puma. Germany’s Adidas is ranked as the 5th most-sustainable corporate in the World (as per The Global 100, calculated by Solactive, January 2016), whereas both Nike and Puma are yet to introduce themselves to the list of top-100. Nike faced boycotts and public anger throughout the 90s, but turned the tide around after initial struggle to enforce new policies. In 2005, it became the first-ever company to establish transparency and publish a sustainability report in its circle, building a system to acknowledge problems and continue to incorporate betterment in and around itself.

The following decade saw Nike reestablish and grow into a wp leader. On the other hand, Puma, who is known for its innovative methods in sustainability initiatives, has been a game-changer in its sector with its ingenious approach to integrate business and environment together. The past 5 years have seen the three brands take-up significant and comprehensive initiatives to improve their product manufacturing abilities.

In April 2015, Adidas Group partnered with Parley for the Oceans, a community that works to raise awareness for the beauty and fragility of oceans. The collaboration implemented a long-term partnership programme that is built on three pillars: Communication and Education, Research and Innovatiofn and Direct Actions against Ocean Plastic Pollution. The Adidas Group decided to phase-out the use of plastic bags in its stores. At the “Parley for the Oceans x COP21 – Oceans. Climate. Life” event in December, last-year, Adidas and Parley for the Oceans brought-together their latest footwear concept. A 3D-printed Ocean Plastic shoe midsole, following their first footwear made from up-cycled ocean waste earlier in June.

The Adidas Group made further development on the DryDye innovation in 2015. The process initially used water to complete the dyeing process. It has been switched over to the usage of compressed and pressurized carbon dioxide. According to The Guardian, “textile and garment supplier, the Yeh Group, has spent $3.5m (£2.3m) on each of its DyeCoo machines, and $10m (£6.7m) for equipment, research and development to produce DryDye clothing for Adidas, Peak Performance, Kjus and Mizuno.”

The Adidas Group’s Social and Environmental Affairs (SEA) takes special emphasis and interest in projects, which are designed to fulfill the local needs for the development of the community. Adidas understands and explains its working in sustainability as “the task ahead of us is a marathon, not a sprint.”

On the other hand, in 2015, Nike as a part of their agenda to reduce their environmental footprint and enable business growth collaborated with the Massachusetts Institute of Technology Climate CoLab. This was done in order to bring about a change of design in materials to the forefront of climate conservation and guarantee 100% renewable energy in the company-owned-and-operated facilities by 2025. “We recognize the path to reaching this goal must be through innovation, the application of green chemistry, and broad industry and regulatory collaboration and engagement,” Nike says.

Meanwhile, Puma with a motive to accomplish its goal of a real and sustainable change through collective development in sportswear supply chains became part of a collaborative effort facilitated by the Sustainable Apparel Coalition (SAC) in October 2015. Puma’s Sustainability Scorecard for 2015 highlighted a 25 percent reduction in carbon dioxide, water and waste, as it emphasized on their focus on environmental accounting through their Environmental Profit & Loss Account, which measures the lower-limit for waste reduction through biodegradable and recyclable production.

As multinational companies, it is important, how a firm settles into new markets while maintaining a progressive level of qualitative and quantitative growth in and around itself. It is important to understand a company’s market position, as-well-as its employee satisfaction and safety in and outside the workplace. This helps while implementing the concepts of sustainability and significant solutions to maximize environment gain without negatively affecting the global supply chain of the company.

Corporate Social Responsibility is an act and task of patience and time, where the end results should not be quantified, but valued as a responsibility. 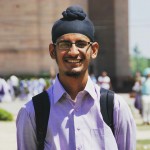 Balbir Aulakh is a second-year Mass Media student. He is extremely passionate about Football and Cricket and an enthusiastic writer about various aspects of these sports. A past intern-reporter at IBN-7 and contributor to The Hard Tackle and WhatCulture Sport, Balbir happens to have a brief experience of working in the field of Search Engine Optimization, too.
Based in Mumbai, he covers the fortunes of various football clubs across the city for Football Counter and in the process, living a dream. He is interested in the relationship between psychology and football. 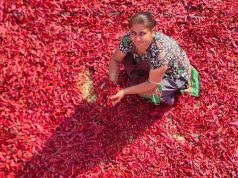 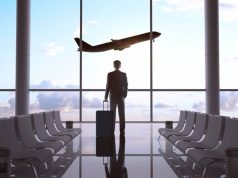 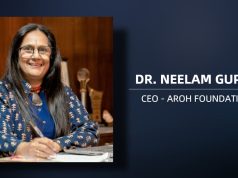