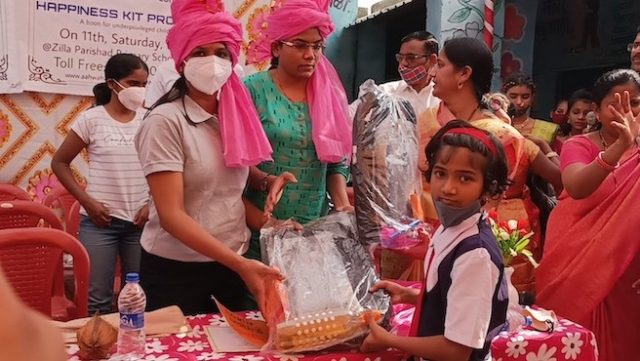 The belief in helping others and sharing good values is what the Aahwahan foundation stands for. The foundation & its team strives to bring meaningful changes to society through various CSR initiatives. Be it education, or hunger, women empowerment, or the environment, Aahwahan is a one-permanent solution in solving society’s most complex issues.

Since the pandemic has brought a halt to the world. It has affected the education of millions of students across the nation especially those from the weaker sections and has made it difficult to continue their learning. To tackle this scenario, the Aahwahan Foundation took a step forward & initiated the “Happiness Kit Program” by joining hands with Jhonson Controls at Zilla Parishad Primary School, Pune. The program took place at 10:30 A.M. today in the school to encourage the students and reduce the severe dropout rates.

Looking forward to the initiative, Mr. Tushar Jadhav, Associate Director, Johnson Controls, said that, “We are delighted to be working with the Aahwahan Foundation on this wonderful initiative. As Jhonson Controls, we firmly believe in giving back to society. I hope that these talented children fly high with their big dreams & become the future support of the society”.

Mr. Braja Kishore Pradhan, founder, Aahwahan Foundation, said that “We distribute this happiness kit to 17,300 students every year of 1-10 standard students. The kit includes various stationery items including a school bag, notebook, geometry, lunch box, sippers/water bottles, drawing sketchers, etc. with winter clothes including- sweaters & socks for the vulnerable student who can’t afford such daily wears and stationery goods. We went to each & every class, asking students about their problems faced during learning & that’s when we came up with the idea of this initiative”.

The Aahwahan Foundation & its team strongly believe that education is a must and is for all. Hence, they continuously keep on striving in becoming a stepping-stone for a new India. The main challenge came during the lockdown when it was difficult for people to procure basic necessities, it was Aahwahan Foundation who reached out and helped numerous underprivileged communities in fulfilling their basic requirements. 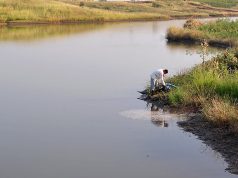 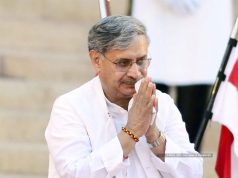 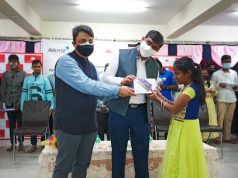