The Swachh Bharat Abhiyan is probably the most talked about Government Initiative in recent years. The plan, as stated by Prime Minister Narendra Modi, is to build 12 crore toilets and eradicate open defecation by 2019, a year marking the 150th birth anniversary of Mahatma Gandhi. The reason this plan is so significant is the fact that for the first time India has acknowledged and attempted to address its social failures. While we do have a long history of addressing our Government and market failures, social failures in India are largely neglected. The Swachh Bharat Abhiyan tries to provide solutions for one such social failure.

The plan has received extensive support from the corporate sector. 14 Companies including Tata Consulting Services and the Mahindra Group have pledged large parts of their CSR budgets towards building new toilets. As of January 2016, INR 369 crore in funds was mobilized, albeit only a fraction of the predicted cost of INR 62000 crore.

India has a large problem of open defecation. The country accounts for 60 % of all open defecation in the world. 1300 lakh households in India lack toilets. Even if people have latrines in their house, they prefer defecating out in the open. In fact, nearly three quarters of people in rural areas engage in open defecation. This causes large health fallouts. Dysentery, Diarrhea, Jaundice and Cholera are extremely prevalent in rural areas. Furthermore, women who go to the fields at night to relieve themselves fall prey to horrific acts of sexual violence. So, clearly there is a problem that needs to be addressed.

In the first year of Swaccha Bharat, 95.23 lakh toilets were built. However, less than half of these toilets are being used. There are also some institutional problems. The toilets built are not the best quality, they are broken and don’t have proper access to the sewage systems. Thus, while the project has a chance to meet its goals by 2019, what use is it if the toilets are not built very well or do not get used?

This isn’t the first time our Government has come up with such an ambitious project. In 2001, Prime Minister Vajpayee launched the Sarva Shiksha Abhiyan with a goal to achieve universal primary education. A total of INR 762 crores was spent on the project and today 96%of Indian children go to primary school. The glaring difference in both plans is that the Sarva Shiksha Abhiyan had better implementation, though it is still early days for the Swachh Bharat Abhiyan.

The main problem in front of us isn’t just that toilets aren’t being built; it’s that people aren’t using the toilets. People are used to a certain way of life. There are a lot of social and traditional institutions and practices in place that stop them from changing their habits, no matter how unhygienic they may be.  A good policy maker should take these into consideration while designing a plan. A new trend among Governments is employing behavioural scientists alongside policy makers to ensure effective implementation. USA, the UK, France, Germany, Malaysia, Singapore and even the World Bank employ such teams known as ‘nudge units’. They go and mingle with the locals to try and understand their line of thinking. Based on this primary research, they design behavioural interventions for effective policy intervention. In September 2016, the Indian Government think tank, NITI Aayog, announced that they were setting up a nudge unit in association with the Bill and Melinda Gates Foundation.

India has a lot of these social and traditional institutions in place. It is essential for our Government to understand these while trying to effectively reach out to every Indian citizen. A major reason why people don’t use toilets is the caste system. Higher castes don’t want to share toilets with lower castes. Furthermore, the maintenance of toilets is traditionally perceived to be a lower caste job. Dalits may be denied entry to the toilets but they are expected to clean them. Gandhiji tried to resolve this issue by sweeping the toilets himself to show villagers that even upper caste people can do this “demeaning” job. In the areas where toilets are absent, the lower castes are expected to carry out manual scavenging of all the human waste. Easy availability of toilets would benefit them a lot. There are two ways to tackle the problem arising out of caste discrimination. One is to tackle the deep rooted social evil that is the caste system which will take a very long time. The second and more effective solution would be using behavioural sciences to design and place the toilets in such a way that people aren’t afraid of interacting with the other caste. One possibility is to study the causes of positive behaviour in places where we have witnessed broader adoption of toilets and transfer those learnings to stimulate similar behaviour elsewhere.

Another intervention could be to enlist the help of religious leaders. The Swachh Bharat Abhiyan has enlisted the help of everyone from Sachin Tendulkar to the cast of ‘Tarak Mehta Ka Ulta Chashma’ to spread awareness about their campaign. While that is helpful, an even more effective solution would be to get local religious leaders as their endorsers. Religion plays a key role in the average Indian’s life. People are more likely to listen to a God man than they are to a celebrity. An endorsement from someone who has a major influence on the common man would result in people using toilets more.

People do things more whole heartedly if they were incentivized to do so. The Swachh Bharat Abhiyan could increase its outreach by offering incentives to people who pick toilets over open defecation. If the Government offers food coupons or subsidies on cooking gas, people would be more likely to use the toilets. Though I am not in the favour of it, some have advocated public shaming of perpetrators to significantly reduce the number of open defecators.

Whatever solution the Government decides, it should complement the deep rooted structures in Indian Society. The Government cannot simply dictate social change, it is a slow process. Policy makers should design their policies in such a way that it complements societal norms. We need to ultimately show that the positive health benefits and consequent lower medical costs (which seem to be the single biggest reason for falling back into poverty) could be the most significant incentive to use toilets and adopt good hygiene practices. 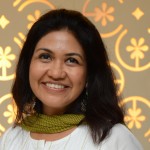 Vidya Shah is the CEO of EdelGive Foundation, which is the philanthropy arm of the Edelweiss group.