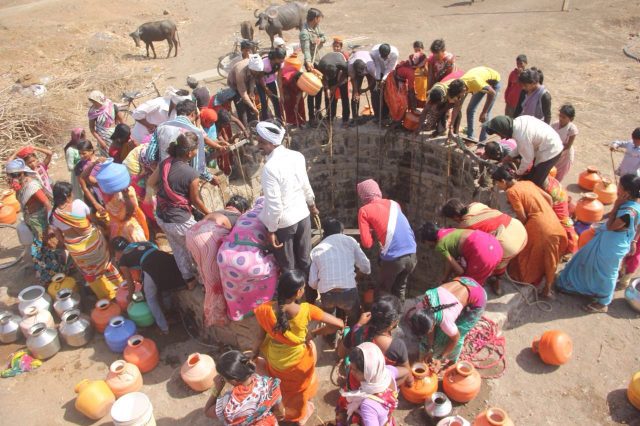 Monsoon is nearing, chances are that we easily ignore the currently prevailing severe drought conditions in our country and assume that rains will do their bit. But come summer next year and we may have similar or worse situation again.

The drought phenomenon has been repeating itself consistently every summer since the past few years in various parts of India. According to recent figures given by Ram Kripal Yadav, Union Minister of State for Drinking Water and Sanitation, 308 districts are affected in respect of shortage of drinking water supply and drought like situations in 13 states viz. Uttar Pradesh, Odisha, Andhra Pradesh, Telangana, Madhya Pradesh, Chhattisgarh, Bihar, Jharkhand, Haryana, Gujarat, Rajasthan, Karnataka and Maharashtra. Cases of farmers committing suicides have been in the headlines since long. Drought notably contributes towards the failure of crops.

It is also becoming important to work towards the drought issue throughout the year in a more comprehensive manner. The government is trying to do their bit by various means. Indian Railways is running water train- Jal Doot in drought affected areas with potable water. However, the problem is so huge that efforts from all sections of the country are needed to work towards it.

“There is a strong need to streamline efforts and work in a consolidated way. The situation demands that activities should continuously go on throughout till the next 10 years and not only during summer seasons.  Immediate relief, short term and long term plans should be penned down and executed accordingly. If we fail to take systematic steps, conditions will worsen each year affecting the lives of inhabitants,” said Seemantinee Khot, President, Paryay, an NGO working in drought affected areas.

Corporate houses are also trying to help the victims of drought in their own ways. Some companies are sending water tankers in the affected area providing the much needed relief to the victims.

Radio network- Radio City tied up with Dalmandai Foundation for supplying over 35 lakh litres of water to 85 villages and 15 forests in Ahmednagar district of Maharashtra. “Jal Hai Toh Kal Hai is an endeavour to use our platform to highlight the plight of the farmers in Maharashtra, reeling under the onslaught of drought to our listeners and give them an opportunity to help in this cause. We are overwhelmed with the response garnered from our listeners who generously contributed more than 35 Lakh litres of water,” said Abraham Thomas, CEO, Radio City 91.1FM.

SpiceJet airline commemorated their 11th anniversary by sending water to 11 villages in Latur. Partnering with ‘AnybodyCanHelp’, a citizen volunteer group, SpiceJet is executing the supply of approximately 71,500 litres water per day for a month from May 23 to June 23, 2016. “We are delighted to celebrate our 11th anniversary by lending a helping hand. The initiative makes this anniversary very special for all of us at SpiceJet,” said Ajay Singh, CMD, SpiceJet.

Finolex Industries provides water to Bhatye and Phansop villages in Rathnagiri district along with repairing and construction of wells in the area for effective storage of rain water.

While the relief work goes on, there remains an immense need of working on factors to eliminate drought like situations. Many members of the corporate world are taking proactive steps towards sustainable solutions.

Some companies under the Tata group are collectively working in the drought affected areas. A team from Tata group conducted a needs assessment survey of the drought affected districts of Marathwada region. “The team interacted with many villagers and also met senior government officers for a better understanding of the grassroots situation. On the basis of these interactions, the team decided to adopt an integrated approach towards drought relief work to be undertaken in three districts of the Marathwada region – Latur, Beed and Osmanabad,” said spokesperson, Tata Sustainability Group.

Tata AIG General Insurance Company Limited has adopted two drought affected villages – Brahmagaon and Lakhangaon in Osmanabad district of Maharashtra. “We are aiming at a more long term and sustainable development vision for these villages that we have adopted for three years. Partnering with a local NGO, we are working towards increasing ground water storage by taking up tasks like deepening nallahs, creating bunds and distributing seeds to farmers for planting crops for Kharif crop to ensure that rain water settles down for storage and doesn’t flow away,” says Sibesh Sen, Vice President, Tata AIG Academy & CSR of Tata AIG General Insurance Company Limited.

Ralis India is undertaking construction of rain water harvesting structures, afforestation on village wasteland and increasing agricultural productivity. Tata Motors through the Sumant Moolgajokar Development Foundation (SMDF) has provided drinking water structures in remote villages of Maharashtra. It also has plans to undertake integrated soil and water conservation. Voltas, as an immediate relief, is focusing on supplying water tankers. Their programme will entail work in the area of soil and water conservation, and crop diversification too.

Godrej Industries started integrated watershed management programs in some regions of the country including Marathwada in Maharashtra, a severely drought affected area.

“We are looking from the drought mitigation perspective and working accordingly in Beed district. Partnering with NABARD, we are embarking on desilting of water bodies, construction of check dams and other needs ensuring involvement of locals in it,” said Dr Vikas Goswami, Head, Good and Green at ?Godrej Industries Limited.

Indicating at the solution she added, “Drought is a consequence of global warming. Carbon emissions are making the planet prone to dry spells and unpredictable monsoon. We need to work towards protection of environment to mitigate drought.”

Garware Wall Ropes and KPIT also took up the task of building check dams, desilting of ponds and other water bodies in drought prone areas to conserve rain water.  Ambuja Cement Foundation takes up water resource management by constructing and repairing check dams, desilting them and working on soil conservation in several areas including some drought affected regions.

While these tasks are being taken up, drinking water remains to be a major need in such parched regions. Companies like Cairn India, Piramal Industries, Wonder Cement, Honeywell India and Safe Water Network are working to get drinking water available to the inhabitants in Rajasthan, Maharashtra, Madhya Pradesh, Gujarat, Andhra Pradesh and Telangana. Using water ATMs or water stations, these companies are facilitating potable water for the locals in remote villages affected by scorching heat and drought like situations. Many of these companies have collaborated with Jalyukt Shivar, a scheme by Government of Maharashtra to combine corporate efforts for the issue.

The CSR Journal had reported about how responsible individuals are taking up on themselves to help lives in the parched regions in their own ways. Efforts are being made from all strata of society to mitigate drought; however, with immediate relief measures in the form of providing water during summer season, there is a dire need to work on the sustainable environmental development throughout the year.

(Photo Courtesy- Anybody Can Help) 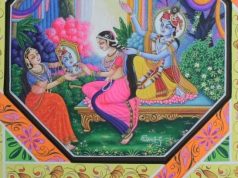 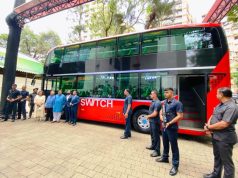