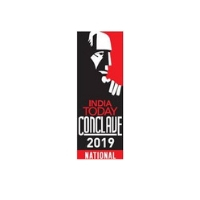 India Today Conclave is a unique ideas platform where the sharpest minds from across the globe converge to discuss and debate, issues and opportunities from around the world. The eminent international speakers will share their thoughts on the theme ‘Hard Choices’ in the backdrop of the political, economic and social choices that India & the world confronts. The Intelligence Exchange will interblend speakers from opposite ends of the spectrum with a varying world view.

The top global leaders will deliberate on issues across a spectrum of topics, Boris Johnson — Brexit leaver, politician, historian, journalist — will explain his choices and why the lessons from Brexit are significant for India in a session titled The Devil & the Deep: Bitter cocktails from Brexit;Guy Standing, Economist, UBI expert and thought provocateur will share his valuable outlook on the escalation of a dangerous new class, the Precariat and how it is re-shaping the world & India and why India needs Universal Basic Income. Following the thoughtful grounds, Michael Clarke and Matthew Hayden will talk about Cricket World Cup 2019 -How’s the Josh: Will Virat win the World Cup?

The two days will also see an impressive range of top politicians, thinkers, economists, analysts, sports stars and artists who will deliberate, debate and decipher the conclave theme of Hard Choices in their respective spheres.

We are our choices, said Jean Paul Sartre. For India and the world, 2019 is a year of some big choices. So, get ready to ‘Conclave’. Get ready to make ‘Hard Choices.’