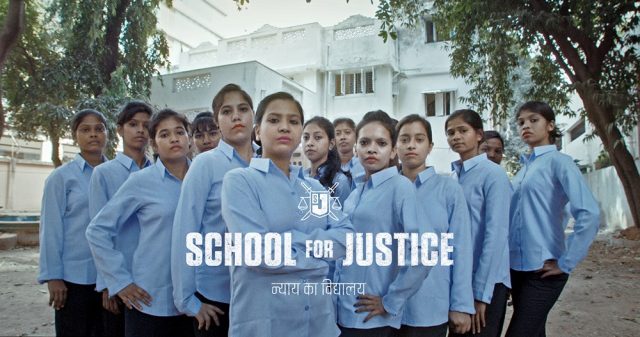 An estimate of 1.2 million children are pushed into the abyss of forced prostitution in India, which means that India has the largest amount of child prostitutes in the world. Out of those 1.2 million cases, only 55 legal cases led to convictions in 2015.

To counter this impunity, ‘School of Justice’ was launched on Thursday by the Free a Girl Movement, a coalition of local organisations dedicated to rescue girls from forced prostitution. The school will educate young girls who were victims of sex trafficking to become lawyers and prosecutors to ensure justice for them and other victims like them.

The school is both a school and an education programme for girls from all school levels to offer the support, tuition and mentoring that they need to reach university level. Once at that level, they will study to get to their Bachelors in Law, to ultimately persuade the government to become public prosecutors with the power and determination to leverage India’s legal system to seek justice.

“Around 2004-05, we had rescued some girls from the trap of sex traffickers. Their cases are yet ongoing. Their perpetrators are still roaming free and further continuing the crimes. It is important to punish them to ensure this heinous crime is eradicated,” said Tapoti Bhowmick, Secretary, Sanlaap, an organisation involved in rescue and rehabilitation of sex trafficking victims.

“The School for Justice is an ambitious initiative – the class of 2017 is just the first step in our plan. We want to cultivate a culture that punishes the criminals behind child prostitution by educating and empowering the victims to become lawyers with the legal power to seek justice. Ultimately we want governmental support to seek law reforms to make a positive change in our country in this regard” said Francis Gracias, CEO & Spokesperson, Free a Girl Movement.

In India, many underage girls end up working in brothels against their will; some are barely 7 years of age. They are tortured until they agree to cooperate with the offender. These victims are forced to have sex, sometimes with 20 different men each day.

Bollywood actor and activist Mallika Sherawat, who is an ambassador of Free a Girl Movement, has extended her full support and commitment for The School for Justice.

“Underage girls forced into prostitution is a problem that we simply can’t ignore any longer. It is an organised and systematic rape of young girls, happening on a large scale. Girls, sometimes as young as 7 or 8 years, are forced into this life. By freeing the girls, we’re not changing the system that allows this crime to happen. To break this cycle, we will attack a key factor: the fact that the perpetrators are not being punished. Lack of action allows them to continue with their crimes. I ask you to support the School for Justice to help the victims turn their anger at this injustice into a force for good and a furious determination to put everyone involved in child prostitution behind bars.” said Mallika Sherawat, actor and ambassador of Free a Girl Movement. 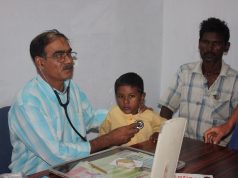