Driving on Indian roads is a nightmare. People who have driven anywhere else other than India understand this more so because they realize the error in their ways.  India has 2% of motor vehicles in the world, but it is responsible for more than 11% of road traffic deaths. When you compare numbers of people who get injured or get their vehicle damaged, India leads the world by a significant margin. The Motor Vehicle (Amendment) Act, passed in August 2019, made substantial changes to how India’s roads are governed. The new fines for traffic violations were increased multifold to deter people from breaking the rules. As several states have decided not to implement these fines, the situation has not changed a lot on the ground.

The police bear the brunt of this as they manage the traffic, and they are blamed for a lot of issues that people face on the roads. It is no secret that India has the second-largest number of smartphone and internet users in the world. Also, it leads the world in users on social media. Social media is one of the best channels to change the ways Indians drive on the road, and some police departments are using humour to drive home the message. Let us look at two examples where city police are using social media to create more awareness about traffic rules, making you laugh and making you a responsible citizen at the same time.

Gurugram is one of the worst cities to drive in India as there is simply no civic sense on the road. Various Citizen responsibility initiatives have tried to bring about a change but to no avail, and this makes the job of the city police department very difficult. The Gurugram Traffic Police department uses Twitter amazingly well by being witty and using humour to show people how they are violating traffic rules.

Majority of people in India avoid wearing a helmet and would rather risk a fatal head injury. Gurugram traffic police’s take on this took social media by storm and went viral. The series of pictures in the below and the caption describes the situation perfectly! They used lines from the song “Dus Bahane Kar Ke Le Gaye Dil” to show how they deal with people who don’t wear a helmet.

I looked at you.
You looked at me.
Aur ho gayi mushkil.#WearAHelmet #RoadSafety pic.twitter.com/qGjN7QBPnj

The caption read “I looked at you, you looked at me aur ho gayi mushkil”. Using humour and current Bollywood trends is a novel way to create awareness about traffic rules in India, and Gurugram Traffic Police deserves full marks for establishing such a connection with people.

Once upon a time, Pune was a quaint little city, but the IT and manufacturing boom has converted it into a metropolis, and the residents of the town face some of the worst traffic in the world. It has the highest number of two-wheelers in the country and the riders show no respect for the rules. Last week, a woman spent an entire day stopping two-wheelers from using the footpath so that people could walk safely.

Pune police have undertaken numerous initiatives to curb this menace, and their social media team has netizens in splits regularly owing to their humorous take on violators.

Indians love to show their personalities on their vehicle’s license plates or commonly called as number plates. According to provisions of the Motor Vehicle Act 1988 and Central Motor Vehicle Act 1989, only the registration number of a vehicle should be displayed on number plates. Those violating the rule are liable to be punished and fined. And yet, it is not surprising to find quotes, numbers converted to letters, showing love for their Bollywood stars and whatnot.

Recently, a Punekar complained to the Pune police on Twitter. The tweet read, “The post read, “@CPPuneCity @PuneCityTraffic…Khansaab driving without helmet and with a fancy number plate. Please take the necessary action. Time: 9.58 a.m…Location: signal near symbiosis College, SB Road.”

The Pune Police was quickly acknowledged the tweet and came up with a super witty reply, which went viral on Twitter.

Pune City Police and Gurugram Traffic Police are using the tools used by people and reaching out to them to create traffic awareness. Their witty replies and humorous takes on violators ensures that people follow traffic rules in India. 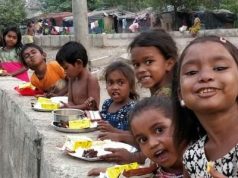 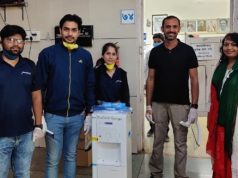