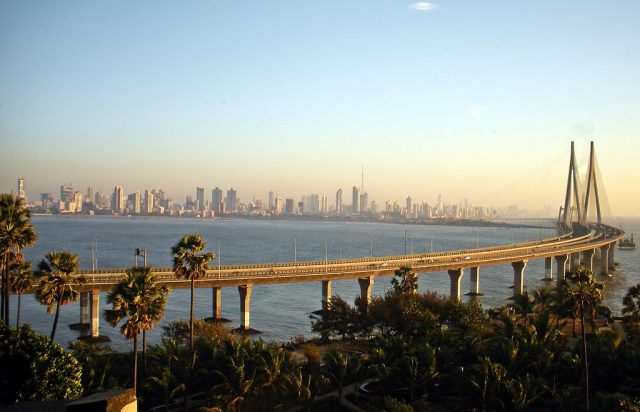 The balance between sustainability and development is hard to find in today’s technology driven world. The lifestyle demand rapid leaps in science and technology to fulfill the needs of the working man. But these leaps are at the cost of the environment. The gap between the environment and development becomes even more prominent in a metropolitan city like Mumbai. July 28 is being observed as World Nature Conservation Day, which stresses on the fact that a healthy environment is the foundation of a stable and progressive society. In the context of this, it is interesting to see how Mumbai fares in its environment index, with the backdrop of its fast paced life and ever growing population.

As an example, the biggest problem the people of Mumbai face is commuting from their home to their workplace. For the same, a lot of development projects have been undertaken by the government bodies in the city, to facilitate easier travel for the citizens. Currently, the Mumbai Urban Infrastructure Project, by the Mumbai Metropolitan Region Development Authority, was launched with the objective of making the East and West connectivity of the city better. This, in turn, provides efficient/fast public transport corridors and ensures high capacity uninterrupted road connection to both the airports. On account of the citizens’ convenience, the city’s green cover had to be sacrificed due to the construction of the metro line.

Not only the metro but recently the government is thinking of unlocking the forest zone in the way of the Mumbai Nagpur Corridor. Despite the efforts of the environmentalists of the city and various organisations working for the city’s ecosystem, the metro projects have received the green light from the state. This is stripping many areas of their trees and the natural habitat of many animals and birds.

Aarey, situated in Goregaon, one of Mumbai’s suburbs, is considered to be the green lungs of the city—a biotope that shelters a treasure trove of birds, butterflies, amphibians and the leopard.

This colony was recently marked by the Mumbai Metropolitan Region Development Authority (MMRDA) and the Mumbai Metro Rail Corporation (MMRC) for constructing a metro car shed over an area of 28 hectares. This would lead to the uprooting of 2,298 trees. According to MMRDA, 2,044 of these trees could be transplanted, but the rest of the 254 trees would have to be cut down. For the Colaba-Bandra-Seepz Metro line, many old, enormous trees had to be cut down for the project.

To make transport more accessible to the people of the city, a lot of sacrifices are being made on the environment front. It is imperative to understand that all the development and ease brought into people’s lifestyle would be useless if it is not sustainable. This World Nature Conservation Day, let us question what the real advancement would be and how nature can be accommodated into our daily lives.