Calling themselves Twenty20, employees of a manufacturing company stood for panchayat elections and kick-started a transformation

Permanent employees at the Kizhakkambalam panchayat office in Kerala’s Ernakulam district got their first taste of things to come last month when newly elected members of the local body turned up for the oath-taking ceremony in colourful attire.

For regulars used to officials turning up, when they bothered to turn up at all, in traditional dhotis and shirts, the sense of the surreal only deepened in the following weeks as the new members showed up for work armed with laptops and other high-tech gear – visible symbols of a new professionalism.

The genesis of this change is Twenty20, the social responsibility wing of Kochi-based garment manufacturers Kitex Group. “We had no intention to enter politics,” said Sabu Jacob, Managing Director of Kitex and chief coordinator of Twenty20, which till that point had functioned as a charitable society.

“The party in power, however, opposed every project we had for developing the panchayat,” said Jacob, a former Communist Party of India leader. “For instance, we organised a trade fair to mark the Onam festival this year, the idea being to sell things to people at half the price. The Congress-led United Democratic Front, which was in power at the time, clamped prohibitory orders under Section 144 of Indian Penal Code, and forced us to shut down the fair. That was when we decided to contest the panchayat elections.”

Out with the old

Twenty20’s message of development resonated with the voters, who dumped both the ruling United Democratic Front and the opposition Left Democratic Front, while giving Twenty20 sweeping wins in 17 of the 19 panchayat wards. “We lost two wards only because of active resistance from LDF cadres, particularly the Communist Party of India (Marxist),” said Jacob.

It was a bitter election, with the LDF smearing Twenty20 with the allegation that its entry into politics was to save Kitex from the charge that its factories were polluting the area. “The allegation did not carry conviction with the people, since our factory has been functioning since 1968 without any complaint,” said Jacob.

Locals are clear that in electing Twenty20 representatives, they were voting for development over business as usual. “The UDF and LDF that ruled this panchayat in turn did nothing for us,” said Shibu Kumaran, a commercial painter. “Twenty20 had been providing essential commodities at half price even before they came to power. They had constructed more than 400 houses and 500 toilets, repaired public roads, and sponsored treatment for the poor.”

Jacob believes Twenty20 has the backing of the people in its effort to develop Kizhakkambalam as a model panchayat by 2020 – by which date the group aims to provide roads, proper housing with toilets and adequate water supply, free WiFi and other amenities to all residents. The goal is to make the village self-reliant in all sectors, including agriculture.

It is early days, but work has begun on widening existing roads, constructing homes for the homeless, and encouraging organic cultivation in all homesteads. Twenty20 has already invested Rs 36 crore, and its action plan calls for a further Rs 350 crore investment over the next five years.

Funds, said Jacob, are not a problem – besides the parent group Kitex, other corporates have expressed their readiness to share their Corporate Social Responsibility funds. Additionally, the panchayat itself has funds available under various schemes of the state and central governments.

“The need is for an efficient management team to utilise the funds effectively,” said Jacob. “We have a good team in place now – though a graduate degree was the minimum qualification we set, our elected representatives include postgraduates and professionals.”

An elected panchayat official gets a monthly remuneration of Rs 3,500 – less, even, than the daily wage paid to workers under the National Rural Employment Guarantee Programme. It is unfair, Jacob pointed out, to ask highly qualified professionals to devote their time for such poor remuneration. “To correct this anomaly, we are paying an additional honorarium of Rs 15,000 per month,” he said. Jacob believes this will help check any tendency towards corruption.

Twenty20 has laid down some norms for its elected members. For instance, they are expected to spend a certain amount of time every day at the panchayat office to attend to the needs of the people; they are discouraged from participating in time-wasting populist functions such as inaugurations and foundation-laying ceremonies.

To assist the elected members, Twenty20 has provided qualified social workers in every ward, besides 50-member executives and 250-member working committees who, between them, are in constant contact with the people and sensitive to their needs.

Word of Kizhakkambalam’s transformation has begun to spread, and parties in power in panchayats across the state have expressed interest in learning from, and emulating, the model. A United States-based business group has expressed its readiness to adopt 10 panchayats in Kerala, and local industries are beginning to step up.

“It is not easy,” said Jacob. “Money and talent alone is not enough – it takes people on the ground with the commitment and dedication to make the vision work.” 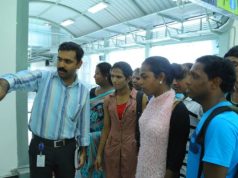 Trans inclusion in Kochi Metro, the ups and downs 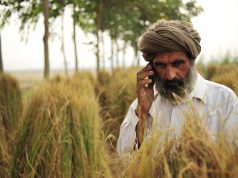