The sculpture was made by an award-winning artist, Mr. Sandeep Panwar who took approximately 80 days to complete the same. It is 20 feet tall, six feet wide, six feet long and weighs 1150 kgs. It was made using the plastic waste collected in the NOIDA city. Collected plastic waste was melted, cast and molded into this spectacular art piece. Clean NOIDA aims to sensitize the residents of NOIDA about the importance of waste management, including proper disposal and segregation of waste. NOIDA’s position in GoI’s nationwide cleanliness ranking (Swachh Survekshan) has improved from 354 in 2018 to 4 in 2021 (1-10 lakh population category).

Significantly, it is currently India’s cleanest medium city. This was achieved through the combined efforts of the NOIDA Authority and Clean NOIDA undertaken over the last three years. Together we have taken up several campaigns for waste management with RWAs and urban villages and drove community engagement efforts and technology implementation initiatives. Clean Noida is a flagship program of HCL Foundation which was launched in 2019 in partnership with NOIDA Authority to tackle the issue of solid waste management in the city. The project aims to sensitize residents, professionals and small commercial establishments of NOIDA about the importance of waste segregation and proper disposal of garbage. 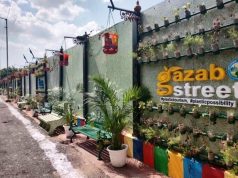