Delhi’s tryst with poor air quality during winters is not new, it’s an annual occurrence. The severity of air pollution last year crossed all safety indices forcing the government to declare a public health emergency. The air quality index monitors across the city recorded ratings of 999, the reading was 50 times more than the safety level prescribed by the World Health Organization (WHO). Long before winter approaches, the air quality has already gone for a toss in the national capital regions.

The city has been dealing with smog and an increased level of pollution during winter since the year 2010. The question is why since 2010? The answer lies towards the west of Delhi, in the state of Punjab. The State produces the majority of the country’s food surplus and in order to do so, the State in the past indulged in rigorous and intensive farming techniques. One such technique was to use inexpensive and subsidized electricity to pump out groundwater for irrigation. This fueled water shortage as the groundwater reserves began to deplete due to exploitation. The Punjab government as a measure to combat it, in the year 2009, enacted the Punjab Preservation of Subsoil Water Act.

The Act changed the way farmers planted rice. The crop is traditionally cultivated in two stages, it is first cultivated in a nursery and then transplanted to a field. The Act prohibited sowing the crop in a nursery before May 10 and transplanting before June 10 every year. This calculated delay gave enough time for the seasonal monsoon to recharge the aquifers, but it bereaved the farmers of enough time for the next harvest.

A delayed rice harvest in October leaves farmers with less than a month to prepare the field for the winter wheat crop which is ideally sown in November. With barely any time left to prepare the fields for the next crop and highly-priced seeder machines (despite the subsidy), the small scale farmers resort to the cheapest and quickest method available — burning the crop residue.

Other causes of air pollution

The moot point is that it’s not just the stubble that is choking Delhi — the unchecked urban sources of pollution such as vehicular emissions, increased construction, cooking fires among others are together responsible for the predicament. The geographical location of Delhi and the extremities of the weather can’t be changed. These factors turn Delhi into a gas chamber that needs to be inoculated.

Delhi has been fighting its battle against air pollution for more than 20 years now. Over the years, the Delhi government has taken formidable steps to control air quality such as relocating the worst category of industries from Delhi to the outskirts or NCR, setting up new emission standards and introducing CNG-based public transport.

However, the population in and around Delhi quadrupled in these years and with it increased the vehicles, the municipal solid waste and industries. The total number of registered vehicles in Delhi has increased from 4.24 million in 2004 to more than 10.8 million in March 2018.

Owing to vehicular pollution and its adverse ill-effects on health, the government of India announced that it will adopt Bharat Stage VI (BSVI) emission norms by 2020. Bharat stage emission standards (BSES) are emission standards set by the Central Pollution Control Board under the Ministry of Environment, Forest and Climate Change, to regulate the output of air pollutants from internal combustion engines and spark-ignition engines equipment, including motor vehicles.

Notable efforts related to monitoring air quality have been made in recent years. The Ministry of Environment, Forest and Climate Change (MoEFCC) and the Union Ministry of Health and Family Welfare, created the National Air Quality Index (NAQI), a tool that makes the availability of air quality data accessible and transparent. Also, the MoEFCC in the year 2017 notified Graded Response Action Plan (GRAP) in order to respond to pollution episodes across Delhi NCR. Unfortunately, despite all these efforts, our pollution sources have exponentially increased compared to our ability to mitigate them. The Odd-Even scheme, though successful during the first year it was implemented, has failed to repeat the result in subsequent years.

The model of Beijing

Controlling air pollution needs systemic reforms and effective implementation. India needs to follow the footsteps of its neighbouring country China, which is the world’s largest emitter of climate-warming greenhouse gases. Public anger about the deteriorating quality of air in Beijing forced the Chinese government to lockdown and cancel coal plants in and around the city, build a nationwide network of air quality monitors, control vehicular emissions and establish global standards for it. Concerted action along with focused implementation resulted in dramatic improvement in the air quality of Beijing.

There is an urgent need for Delhi and its nearby regions to switch to cleaner and renewable sources of energy for both industry and transport. India has the advantage of corporate social responsibility (CSR) which is mandated by law. The corporations can earmark some of their 2% corpus and use it for preventive and curative measures. Corporations can leverage GRAP and Air Quality Indexes by partnering with state governments and working with civil society organizations to spread awareness about air pollution.

As a solution to stubble burning, the respective state governments can issue subsidies and incentives for farmers and encourage them to use less polluting techniques or could help them in procuring the machinery to do so. The corporations can as part of their CSR activity fund technology incubators and research institutions to develop technology to address the issue of crop stubble.

Last year’s smog episodes had been the worst and despite the health emergency – all that the respective governments indulged in were few sporadic measures and the blame game. The year 2020, seems no different so far, for the governments have already begun their annual display of passing the parcel.

‘Who Dunnit?’ works marvellously as a literary tool for movies but not in real life. Rhetorics cannot blind the facts anymore and neither do we have the luxury to do so. The problem can definitely be solved, all we need is the will and imagination to do. 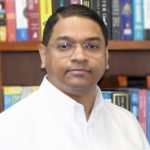 The author is an ex-aviator and the Founder of Fiinovation, a research and advisory firm that offers expertise in the CSR and sustainability domain. It is focused on enhancing quality across the organizational value chain through innovation. Dr. Chakraborty has put together ‘Asia’s First Proposal Design Laboratory’ on CSR and Sustainability. Backed by rich sectoral experience, he also translated his on-ground knowledge to academics and obtained his PhD in Sustainability and leadership. 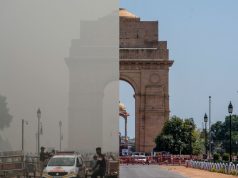 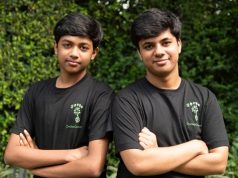