With the aim to support and provide all the necessary aid to the Indian Olympic Team, the State Bank of India (SBI) has come forward to donate Rs.5 crores towards National Sports Development Fund (NSDF). This amount would be utilized for customized training of the Olympic Team under reputed coaches at institutes having world-class facilities, participation in International competition, purchase of equipment for Athletes participating in the Target Olympic Podium Scheme (TOPS), and support staff service.

What is Target Olympic Podium Scheme?

The Target Olympic Podium Scheme is a flagship program of the Ministry of Youth Affairs and Sports which is an attempt to provide assistance to India’s top athletes. The Scheme looks to add a premium to the preparations of these athletes so that they can win Olympic medals in 2024 Olympics. The idea of the Scheme is to also keep an eye in the future and fund a Developmental Group of Athletes who are medal prospects for the Olympic Games in Paris in 2024 and Los Angeles Games in 2028.

Dinesh Kumar Khara, Chairman – SBI handed over the cheque of donation amount to Kiren Rijiju, Minister of Youth Affairs and Sports, and expressed the bank’s whole-hearted commitment in supporting the TOP Scheme. This donation marks SBI’s persistent association with the Ministry of Youth Affairs & Sports. In FY 2016 -17, the bank had contributed Rs. 1 crore in NSDF. With NSDF assisting India’s top athletes for their training in India as well as abroad, the bank wishes the Indian Olympic team to achieve excellence at all the major national and international tournaments. 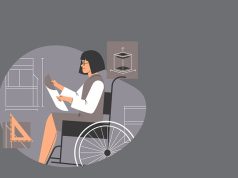 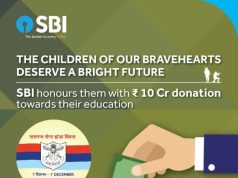 SBI contributes Rs. 10 crores to the Armed Forces Flag Day Fund as part of its CSR 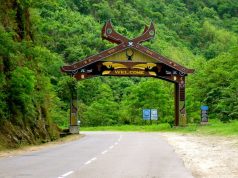