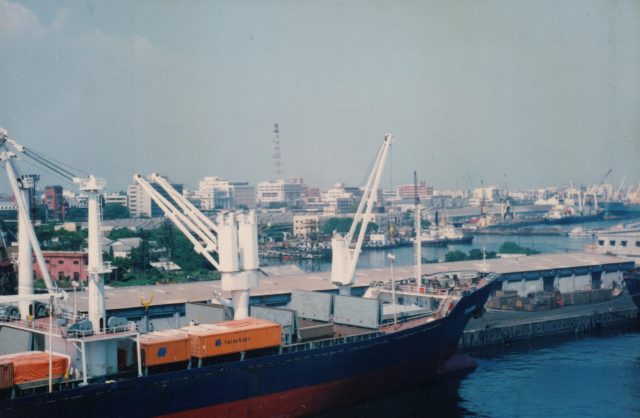 Senior officials of Kamarajar Port Limited, a major State-run port, have been booked on charges of misappropriating funds allocated to Corporate Social Responsibility (CSR) activities based on a complaint filed by a fishermen welfare activist.

The complainant MR Thiyagarajan, president of Meenava Thanthai Nala Sangam, has based his allegation on an RTI reply given by the port official, claiming that `30 lakh was spent for constructing a community hall at Kattur colony in Tiruvallur district as part of CSR activities in the financial year 2015-16.

However,  no such project was executed in reality. During the year, the port claimed to have executed 84 CSR projects at a cost of  Rs 7.30 crore.

However, when contacted by Express, port officials denied the charges of misappropriation of funds and said the construction of the hall was merely delayed due to procedural issues.

The complainant Thiyagarajan alleged that many of the CSR projects claimed by the port are bogus.

“I have evidence to show that projects executed by Kamarajar Port over the years worth over Rs 25 crore using CSR funds are fraudulent and exist only on paper. I will be filing separate complaints in the respective police stations. This is a big scam. Already, the port is causing irreparable damage to the local ecosystem by dumping dredge soil in mudflats, saltpans and destroying mangroves. This is snatching away the livelihood of fisherfolk.

Now, CSR funds meant for the betterment of the local community is also being misappropriated,” Thiyagarajan alleged and said Kattur community hall project is a classic example where even foundation stone was not laid, but records show the work has been carried out.

The FIR was filed after a judicial magistrate court at Ponneri ordered it based on Thiyagarajan’s private complaint.

The police conducted the preliminary investigation and reportedly issued summons to all the eight officials named in the FIR.

Speaking to Express, Radhakrishnan denied the allegations. “There is no misappropriation of funds. As per the CSR procedures, welfare programmes and development works to be undertaken in the neighbouring villages of Kamarajar Port are identified through baseline survey by independent third party consultant. Some of the projects are executed by the port itself and others are carried out by Tiruvallur district administration. In the present case, the estimate for the community hall in Kattur was prepared by the district Collector of Tiruvallur and necessary funds were contributed for execution of the work to the district administration.

There may be a delay in execution of the project due to a problem in tendering,” he said and showed an internal note claiming to be the RTI reply sent to complainant clarifying the issue. He also said that he was yet to receive the police summons.

Interestingly, the internal note and the actual RTI reply received by the complainant from public information officer on the officialletterheadd of the Kamarajar Port are completely different both in format and the content. The actual reply doesn’t carry a mention that the funds were given to Tiruvallur district administration.

(The New Indian Express)
Thank you for reading the story until the very end. We appreciate the time you have given us. In addition, your thoughts and inputs will genuinely make a difference to us. Please do drop in a line and help us do better.