There is a prominent narrative that we hear when we mention sport and India and it is that we as a country seem to lack a “sporting culture”. While we are all aware of the country’s rich cultural heritage, diversity and unique traditions, what is arcane to the masses is that sport has also been a major part of this illustrious history.

For any athlete to master a sport, physical perfection is of utmost importance as it allows the athlete to improve his or her performance. We see this trait in top athletes like Cristiano Ronaldo, LeBron James and Virat Kohli. The attainment of physical perfection was one endeavour that was very close to ancient Indians too. Dehvada or the “way of the body” was considered one of the ways to full realisation, and the development of the body was as important as spiritual growth.

The myth that India has no “sporting culture” cannot be further from the truth. In fact, our nation’s sporting culture was present even in Ancient India. Much like in Ancient Greece, many of the sports played in Ancient India were derived from actions one would conduct in war. The Indus Valley civilization (2500-1550 BC) played sport with weapons that were used in hunting and in war, like the bow and arrow, the toran (javelin) and the chakra (discus). This extended beyond just the physical. Games were created to inculcate a mindset for war strategy.

Chaturanga was played to create and master military strategy and it gave birth to what we fondly know today as Chess. While the original form of the game relied heavily on luck (as it was played with dice), it evolved into a synthesis of both strategy and good fortune. In the Mahabharata, we see a version of Chaturanga played with dice. The Manas Olhas (1135 AD) speaks about other sports that were present such as Bharashram (weightlifting), Bharamanshram (walking) and Mall-Stambha (a different type of wrestling). Swimming, sword fighting, wrestling and ball games were also popular among students in Nalanda and Taxila.

Martial arts is one form of sport that one associates with the Far East but what is not known by many is that its origins are Indian. Kalaripayattu, an ancient martial art form that originated from Kerala, draws a remarkable resemblance to Karate. This form was heavily used in training warriors in the Sangam era and is considered to be one of the oldest fighting systems in existence. It involves using knives and swords and was an equally powerful unarmed self-defence technique. With the advent of Buddhism, this art form spread across the Far East countries. Since monks never carried any weapons, as it was against their religious beliefs, they would often spread this art form along with the teachings of Buddha. The relationship between the student and teacher we see in Judo and Karate also resembles the perennial guru-shishya tradition.

Fast forward to the early 20th century, pre-independence era, India still had individuals accomplishing remarkable feats on the international stage with the likes of Dhyan Chand and Roop Singh gaining recognition in Hockey during the Olympics; Vijay Merchant in cricket; and Mohammed Salim in international football. Vijay was one of India’s best cricketers in the pre-independence era averaging a score of 71 every game, only second to Don Bradman. Mohammed Salim played for Celtic Football Club in Scotland and was the first Indian footballer to play in Europe. His mesmerising technique and ball control (even more impressive given his insistence on playing barefoot against booted opponents) resulted in much adoration from the Celtic fans.

To suggest that India does not have a sporting culture is incorrect. In recent times this culture might be dormant, but in no way is it non-existent. Throughout Indian history we see instances where sport was integral to society and played a critical role in shaping culture. Hence, it is our responsibility to reawaken and nurture what is deeply intrinsic to us Indians – Sport! 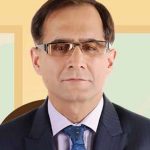 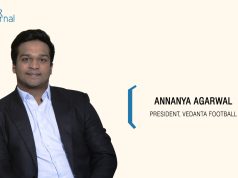