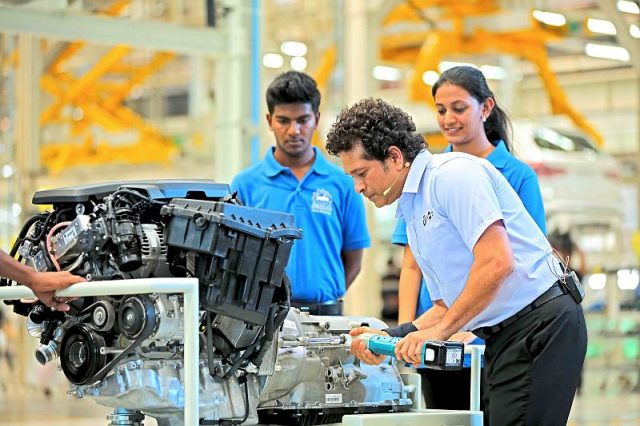 Legendary cricketer Sachin Tendulkar and students from the College of Engineering of Anna University, launched ‘SKILL NEXT»’, a technical skilling initiative. Together, they assembled a BMW engine and transmission at the main assembly line of BMW Group Plant Chennai to commemorate the beginning of the project.

Post-handover, a ‘Train the Trainer’ module will be devised for institutes where 40 Aftersales Master Technicians will conduct extensive workshops at BMW dealerships in more than 20 cities. The module has been devised by professional trainers from BMW Group India Training Centre and BMW Group Plant Chennai. The workshops will be a combination of classroom sessions and hands-on practical sessions using detailed training materials.

During extreme rain and weather conditions in Chennai in the past, a considerable number of engine and transmissions were water affected. As per BMW quality standards, these parts could not be used in the vehicles. The parts were insured and Bharti AXA General Insurance honored the claims. BMW India proposed providing the engines and transmissions to educational institutes at no cost as they could be used as a learning resource to impart theoretical and practical knowledge to students. Bharti AXA General Insurance played a vital role by giving special approval to allow realisation of the project.

The students from College of Engineering, Anna University and Mr. Sachin Tendulkar assembled the BMW TwinPower Turbo in-line 4-cylinder diesel engine with the eight-speed steptronic automatic transmission for a BMW X3 being locally-produced at the main assembly line of BMW Group Plant Chennai.

Speaking on the occasion, Mr. Sachin Tendulkar said, “I could have never played cricket by just reading about it, I had to be hands-on with the game. Similarly, SKILL NEXT» will make it easier for the students to understand automotive technology through first-hand experience.” 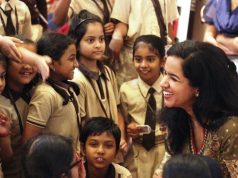 Celebrity Philanthropists of India: Sachin Tendulkar – The Cricket Legend – Works to Give Children A Better Tomorrow