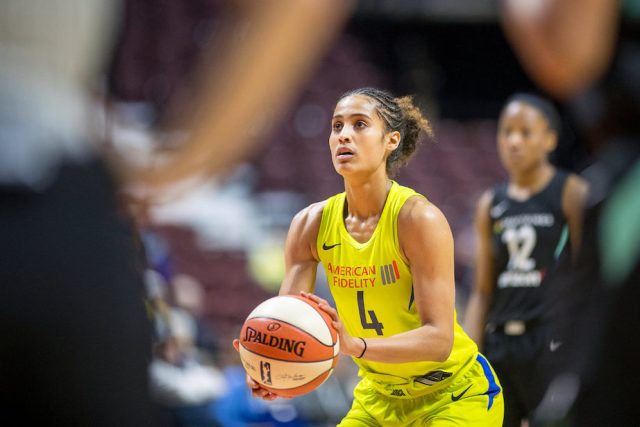 “Girls generally do not play sport, as they seem to prefer other-more feminine pursuits.”

If you are a girl, chances are that you may have come across this comment from well-meaning adults at various stages when you were growing up – at least obliquely. And if you somehow persisted with the idea that – “I enjoy playing, so why should I not?” – and continued to play; then you are part of a small minority of girls in our country (perhaps around the globe) who were lucky enough to experience physical activity and sport – along with other fundamental skills such as language, numeracy, and art – to have a multilateral development while growing up.

India is a country that boasts about its population and women comprise around 50% of it. Even in today’s modern India, there is a perception that sports amongst several other activities are not for girls.

There are various constraining factors ranging from social, cultural, and economic that constrain the opportunities for girls to continue to play well into their adolescence.

For instance, by the time girls reach adolescence, societies tend to ascribe a specific set of values – right from how they look, dress and act – to pursuing more ‘feminine’ occupations. These values, besides constraining the opportunities to play, also contribute to conditioning young girls that they are not ‘wired’ to play. Additionally, the role-modelling from parents or families also accentuate these values or stereotypes further. Consequently, many girls erroneously start perceiving sports as something which is not feminine – and stop voluntarily participating in physical activity.

The other big issue constraining the opportunities for girls to access sport is that many of them – especially from the lower socio-economic groups – drop out of the school system as they enter adolescence. According to a 2018 report released by the ministry of statistics and programmes in India, over 57% of female students drop out by the time they are in secondary schools.

What is the reason behind this trend?

According to, The Working Group on Girls, NGO Committee on UNICEF (2006)-Platform for Girls- children, majority of girls belonging to a poverty-stricken family are likely to be pulled out of schools or any other form of structured development program – to help support their families in managing house-hold responsibilities and to act as caretakers of younger siblings.

Many families also pull-out girls from the schools – to be able to use their limited income to educate a boy (the potential breadwinner of the family).

Lastly, girls also drop out of schools due to issues such as menstruation and safety. According to a 2014 report by Dasra, titled Spot On! close to 23 million girls in India tend to drop out of schools every year due to lack of adequate menstrual hygiene facilities in government schools.

Dropping out from the school system also means that girls will have lost their last chance to access any form of structured physical activity or sport on an ongoing basis.

In a recent study conducted by Sportz Village Foundation, over 75% of school-going children in India stop participating in any organized sport or physical activity by the time they are in middle school – and the number is higher for pre-teen and adolescent girls – especially from lower socio-economic groups. These numbers tend to correlate with the drop-out rates of girls from the schools.

What are the implications?

It has been shown in various studies around the globe that girls who play sport grow up healthier, stronger and are better equipped to manage their emotions. They have a stronger sense of individuality, the autonomy of their bodies, as well as thought process. According to a study done by Sportz Village Foundation, 7 out of 10 girls, who adopted sports in their daily routine, showed a marked improvement in their social-emotional skills.

Lack of sport or physical activity among female children not only impacts the physical but also their emotional well-being. Play or sports also empowers girls and gives them the confidence to attempt activities that they might think are impossible for them.

Gender-based stereotypes or prevailing social mores often exclude young girls from accessing sport. This exclusion not only hampers their physical and emotional development but more importantly – their agency to access opportunities for their overall growth and well-being.

What can be the fixes?

There is a dire need to integrate sports into the core education process of our schooling system – not just as an independent physical education class – but as part of the core academic subjects such as numeracy and languages.

According to the MHRD report of 2015, India stands at a drop-out rate of 17.06% at the secondary level of education and as per NASSCOM, only 8% of the student population graduate and 75% out of the 8% do not have employable skills.  If children are provided other opportunities to explore in schools like sports or physical education, then they would have the motivation to complete their schooling.

There is enough evidence that by introducing sport in primary schools to teach fundamental physical literacy and motor competence to children – the drop-out rates (of all children – including girls) in the secondary schools could be reduced.  By helping girls to stay in schools and complete their education, we can not only increase their chances to continue to experience sport – but also empower them to access opportunities for higher education or employment. As a highly positive step in this direction, The National Education Policy – announced in 2020, has mandated that educators use to play and activity-based pedagogy as part of all mainstream subjects.

Besides education, there is strong evidence that if we offer access to safe playing spaces within our communities – it becomes a strong incentive for girls to access both free-play and organized sport. This also opens possibilities of community-supported (with help from government and CSR) sports training program for girls– in addition to employment opportunities for female athletes or sportspersons who could be employed as sports trainers or coaches as part of these programs.

A girl has the right to play, to express and to feel included. And a ball can accelerate that. 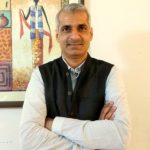 Parminder Gill is the Co-founder of Sportz Village Foundation (formerly EduSports), India’s largest sports education organization, which uses sport to drive change in health, education and empowerment levels of (currently over 700,000) school-going children across the country. Over the past decade, Parminder has advised leading educationists, policymakers and development specialists on how to use sport for achieving educational and development-related outcomes. 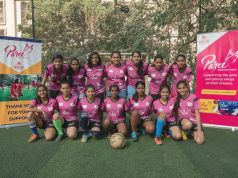 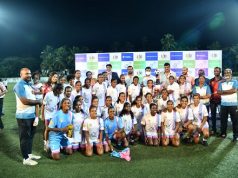