It’s four and a half years since we started working with great Indian companies on their social responsibility. In that time we’ve been watching and learning as India Inc. has started to find its socially responsible feet and grappled with the world-first CSR legislation that came into effect in 2014. At the close of the second year of mandatory CSR spend, it’s a great time to look back at the journey that Indian business has taken and draw out some of the key trends we’ve observed.

In the beginning there was philanthropy India has a great history of philanthropy, especially from family wealth. So it’s little wonder it translated over time into a form of corporate philanthropy that saw regular, often generous, donations from many companies to community projects and NGOs. Several years ago this was the norm for many of the companies that we spoke to, with projects often being chosen by the company’s founders, Chairman, CEO and/or their family members. Interestingly, many companies operating in this way felt that it wasn’t appropriate to communicate about such work, and certainly not to leverage value from it – good work should be done out of compassion not for gain. Needless to say this approach always caused us some consternation! Not only for being an old-fashioned model in today’s business context but for being financially unsustainable, for not focusing on measurable impact, and for creating a corporate culture that says “good work” is a sideline interest for a company instead of part of an integratedapproach of shared value.

Section 135: The big CSR shake up  With the introduction of the CSR legislation (Companies Act, 2013), not only did larger companies have to direct two percent of profits into CSR projects, but also publish a formal CSR policy and report on CSR expenditures and partners. On top of that, a committee had to be formed of company directors who’s role it became to approve all of the above. Suddenly CSR had gone from a side issue that was rarely talked about to a critical issue on the boardroom table – and the company website. As the phrase goes: “What gets measured gets managed”. And so it was that once companies were forced to measure CSR, they were going to have to start managing it better too. Directors were wondering how so much cash could be leaving the business without any ROI(Return on Investment). Policy heads were getting nervous about the risks of ill-thought-out policies and reports that lacked discernable impact being scrutinised in the public domain. And legal teams were putting pressure on everyone to hit compliance requirements whilst instigating internal debates on the (many) grey areas of the legislation. The result? Systems, processes and teams were hastily put in place to ensure CSR was effectively managed in terms of compliance, that some discernable impact was being created and could be reported on, and that value was being driven back to the business where possible through reputation management, licence to operate and better stakeholder relationships.

Finding Purpose After two years of the legislation it’s now that we’re starting to see a surprising but truly encouraging trend emerge. Fuelled by Government missions like Digital India and Skill India – and boosted immeasurably by the nation-building mantras underpinning the Make In India campaign – companies that only a few years ago had almost no sense of CSR or sustainability are starting to put a social and environmental “purpose” at the very heart of their business strategies. By building corporate visions around such “purpose” they are driving a higher order reason to exist that is filtering through employee engagement, communications, sales, operations, supply chain, governance and many other aspects of the business. The outcome of this shift is stronger relationships with clients and customers around the world, a demonstration of “shared priorities” with the Government and the soft power that builds, and a more powerful proposition to attract and maintain an increasingly globalised millennial talent base. It’s less a step in India’s CSR journey as a giant leap. From a virtual non-issue a few years ago, CSR has become an important pillar of the purposeful mix that forward-thinking companies are driving into the heart of what they do.

The future could be bright A quick caveat here, there have always been great purposeful companies in India, and there will always be companies that don’t or won’t understand the value of a purposeful positioning. That’s a given. However, what we’re seeing is an influx of Indian born-and-bread businesses that are taking on purposeful values with genuine gusto in a very short period of time. It’s an encouraging trend and one that we want to see continue. In the next leap we hope that those companies at the new frontier of responsible business in India take it upon themselves to set the bar for their respective industries. By understanding its impact, creating case studies, and tracking ROI, they have the opportunity to make the strongest business case yet for putting “purpose” front and centre in strategic planning. If we can support this new wave of thought leaders in achieving that goal then the future for responsible business, and therefore for India’s sustainable and equitable growth, will continue to get brighter and brighter. 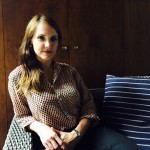 Laura Quinn in the Founder of Do One Thing, a CSR and purposeful business consultancy based in Delhi.