Mitsubishi Electric has decided to continue its Corporate Social Responsibility activity in Pune, a hub for education, heavy engineering and technology companies, and amongst one of the fastest growing cities in India.  Mitsubishi Electric India’s CSR journey in Pune started in the year 2015, with tree plantation and since then, the company has been showing stronger commitment to the region in alignment with its base of approx. 277 employees working in Pune.

2. General Health Awareness Camp: A camp was organized at two locations, Aladhe Budruk & Adhe at Tahsil Maval, Pune. The idea of setting health check-up at these locations was to invite residents from nearby areas such as Urse, Ozarade, Shivane, Bore, Done, Ovale, Adale Khurd, Divad, Pusane etc. and to help them with a general health screening and spread awareness of good health and a fit body. 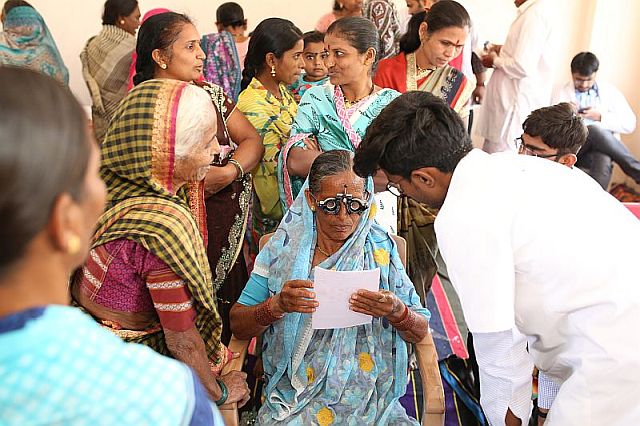 To provide the best check-up to the residents, the camps were serviced by 30 doctors, 10 medical staff & 40 volunteers. The doctors and Mitsubishi Electric India volunteers received enthusiastic response from the residents who went through the general health check-up for Hypertension, Preliminary Diabetes, Pulse, etc. The activity also provided vitamins and medicines to people who needed medication. A total number of 325 people were benefitted by this initiative.

3. Tree Plantation Activity: The company has been doing this activity at TELCO Road, Bhosari, since 2015 and every year plants trees and maintains them through the year. This year they have planted approximately 1000 saplings under this program.

Hisahiro Nishimoto, Director and Division Manager, Factory Automation & Industrial Division, Mitsubishi Electric India Pvt. Ltd. elucidated the significance of such CSR initiatives and said, “We have a strong presence in Pune because of our Factory Automation and Industrial Division’s strong workforce, manufacturing facility and R&D Center. Such sustainability activity is a sincere effort from our side to support the society in ways which will lead to its overall development.”