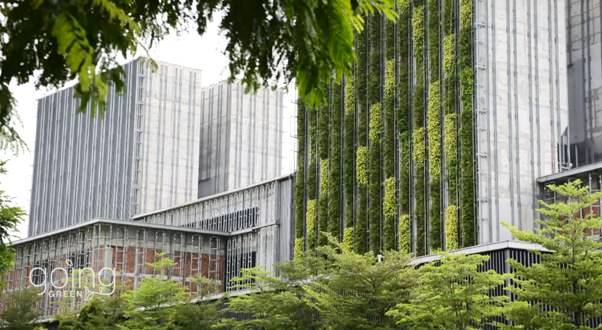 The city-state of Singapore balances building high-density housing whilst remaining a sustainable city. Following their independence, Singapore’s new government made housing and building a nation of home owners a priority. The Housing and Development Board (HDB) was formed in 1960 and sought to create better living conditions with new innovative solutions.

In the latest edition of the show Going Green, CNN meets Richard Tan, the founder of the Garden and Landscape Centre, who has sought to develop Singapore’s landscape architects and horticulturalists through initiatives such as vertical greenery.

Tan explains the concept, telling Going Green that when land is cleared for housing, it often leads to a loss of fresh air and oxygen. By building gardens on the top and sides of buildings, it not only helps clear the air but also softens their facades and creates more aesthetically pleasing properties.

The most notable example of this is found at HDB’s Pinnacle@Duxton project, which features the world’s two longest sky gardens of 500 metres (1,600 ft) each. Although originally planned as a high-density living experiment, its success has led to it becoming the blueprint for green and modern architecture in the city-state.

Says Dr Cheong Koon Hean, CEO of the Housing and Development Board, “About five decades ago, Singapore was just a city full of slums and squatters. So, the government really had to clean up the city and give people better living conditions. The Housing and Development Board was formed in 1960 when we first became independent from the British and giving people housing was a top priority for the government. The difference is that we wanted to build a nation of home owners.”

Says Richard Tan, “When you want to do housing, you clear the land. That plot of land provides so much of oxygen, so much humidity and the fresh air. Now you remove that, and they build concrete buildings, so you have to replace those pockets with plants, so it will replace the amount of plants destroyed. That is what we are trying to do.”

He adds: “It was the first building in the whole Singapore to build a garden in the sky. A lot of people were kind of fearful about ‘How you going to grow a garden that high?’ and ‘How are you going to maintain it?’ So, to me, everything is possible.” 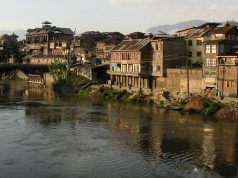