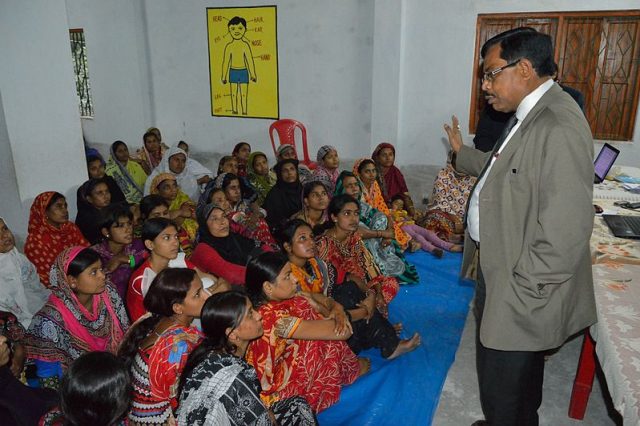 A research paper published in the Journal of Business Research states that India is in urgent need to fight the increase in breast cancer among citizens. The paper suggests that marketing awareness campaigns are not reaching the target audience, and it is community nurses who have been the most effective yet. It is authored by Judith Fletcher-Brown from the University of Portsmouth, Professor Vijay Pereira and Dr. Munyar Nyadzayo from the University of Wollongong in Dubai. According to the Indian Council of Medical Research, India is likely to have more than 17.3 lakh new cases of cancer and over 8.8 lakh deaths due to the disease by 2020. Breast cancer is the most common type of cancer found in India. There was 1.5 lakh new cases of breast cancer in 2016 – that is more than 10% all new cancer cases in 2016.

The paper suggests that one of the reasons for lack of awareness is the patriarchal society that is in place in the country. There is little or no communication in families about women’s health, even among married couples. This is why a number of campaigns by companies had been directed towards the man of the family. Philips India launched a campaign named ‘Husband Initiated Movement’, where the men of the family were encouraged to take their wives for the 10-minute self-examination for breast cancer. Companies like Estee Lauder India, Elle and Lavie ran social media campaigns to spread awareness through engagement on their social handles. The main objective of the campaigns was to initiate conversation in the family, but it was found that these campaigns are not generating expected results.

Fletcher-Brown also claims in her research that westernisation and financial independence is a contributing factor to the increased breast cancer cases in India. Women having fewer children later in life and breast feeding them less increases their chance of developing the disease. Working women’s diet in urban India often is unhealthy, leading to obesity which also increases the risk alongside a lack of infrastructure for early diagnosis.

The government initiatives, however, seem to have made more of an impact. Accredited Social Health Activists (ASHA), a very successful initiative by the government, has been far reaching. These nurses are trained by various institutions like Indian Society for Colposcopy and Cervical Pathology, regarding the disease, its symptoms and self-check. Even though this initiative has brought a lot of change in the status, the numbers continue to look bad for India.

Three prongs that need to be worked on, if India wants to battle breast cancer are campaigns targeted towards awareness for both urban and rural women, infrastructure and a push to destigmatise women’s health issues. This can be done through understanding the ideologies of people in different parts of the country and ideating upon messages which get through to them. Infrastructure for diagnosis and cure is of utmost importance after communication. Only conversation among the family can help break the taboo around important issues.