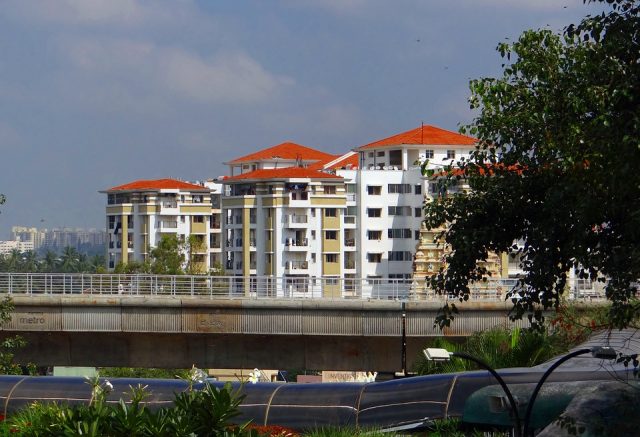 In 1970, Bangalore had 1.6 million people. Within the decade, the emergence and expansion of public sector institutions such as the Indian Space Research Organisation, Bharat Electrical Limited, and Hindustan Machine Tools caused a sudden growth in the graph. Simultaneously, textile and information technology industries increased their traction in the city. By the 1980s, the population was growing at the rate of 45%, and today, about 11 million people call the city home. Along with increasing population, the city limits were increased from 70 sq km in 1941 to 710 sq km in 2011 (BBMP Restructuring Committee), and subsequently the name was changed from Bangalore to Bengaluru in 2014.

Since then, Bengaluru has is constantly emerging and becoming the hub for jobs for the youth of the country. Also attracting a major share of Foreign Direct Investment and becoming a large technology crowd mass in the world. According to Jones Lang Lasalle’s 2017 City Momentum Index, Bengaluru has been ranked as the most dynamic city in the world.

The forest cover of Karnataka has been fairly consistent over the years. From 36190sq/km in 2009 to 36194 sq/km in 2011 and 36132sq/km in 2013.  Unfortunately, Bangalore is witnessing an alarming depletion of wetland areas and vegetation cover. There is an increase of 1 to 1.5 degree in temperature due to intense urbanisation. The development path is leading to widespread degradation of environment. Environmental issues that the city is facing are impacts of climate change, water pollution and rapid unplanned urbanisation. These are some of the pressing challenges that Bangalore is facing and that will hamper its rush for growth.

The city generates over 2500 tonnes of solid waste every day, and this waste is often disposed off in a very unscientific manner. Rapid industrialisation and a surge in the number of vehicles have made Bangalore explode into metropolitan nightmare. Due to the unscientific disposal of waste, pollution levels have risen to unprecedented levels in Bangalore. Experts point out that apart from the industrial and vehicular pollution, the waste disposal management by hospitals too is in a pitiable condition.

Water scarcity and unhealthy pollution levels are additionally pressing issues. Rapid urbanisation has also lead to an increase in the construction of illegal buildings. Bangalore could soon become concrete city. It has lost around 50,000 trees in recent years to infrastructure development and nearly 300 more have gone for the Metro rail project. Environmentalists and citizens fear that rampant felling could cost the city its ‘green heritage’ tag. Their fear is supported by heaps of logs of axed trees lying along the roads.

In the past two to three years alone, Bangalore has lost around 50,000 trees, felled for developmental activities, states a report of the Environment Support Group (ESG). Also, not only has the city’s green beauty been destroyed due to developmental works, but the loss of green cover is also harming the Karnataka capital’s climate.

Therefore there is a pressing need to innovate impactful sustainable practices in all sectors which can scale quickly. Moreover, the philosophy of providing impartial access to services and infrastructure to all of Bengaluru’s residents should strengthen the solutions. This is if we want to envision an environmentally and economically sound future. Instead of work happening in pocket developments, disconnected approaches, city agencies need to partner to push for changes and multi-sectoral solutions. While World Nature Conservation is being observed globally on July 28, encouraging Bengaluru to embrace a more sustainable path will require initiating a process towards efficient use of natural resources, improving infrastructure, empowering people, and building good governance.