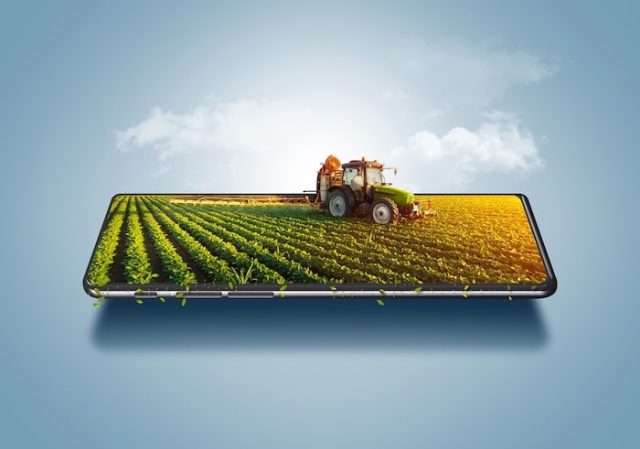 India has a vast arable land area with 15 agro-climatic zones identified by ICAR, with all sorts of weather conditions, soil types, and the ability to cultivate a wide range of crops.  According to the second advance forecasts for 2019–20, total food grain output in the country would be a record 291.95 million tonnes. This is a welcoming news, but according to the Indian Council for Agricultural Research (ICAR), demand for food grain will rise to 345 million tonnes by 2030.

The country’s population is predicted to grow to be the largest in the world during the next decade, and feeding it will be a major concern as average income rises and globalization accelerates. Adding to that the global climate crisis is already underway, and India will be particularly hard-hit by climate change across industries, but most critically in agriculture. India is among the top 10 countries on the climate vulnerability index and is expected to be hit hard and deep by climactic changes over the next few decades.

As a result, the demand for increasingly accessible cultivable land to produce more quantity, variety, and quality of food will continue to rise. How to plan for agriculture’s future is a critical subject for governments and all other stakeholders.

The government is attempting to solve the fundamental obstacles of agriculture in India, such as small farmer holdings, primary and secondary processing, supply chains, infrastructure enabling effective resource use, and marketing by decreasing market middlemen. There is a need to concentrate on cost-effective solutions that conserve our natural resources and improve yield productivity without compromising on the quality.

Along with this, India’s information technology revolution, new agricultural technologies, private investments, particularly in R&D, and government efforts to revitalize the cooperative movement to address the problems of small holdings and small produce are changing the face of agriculture in India. Using sophisticated automation for manufacturing, predictive analysis for production planning, and biotechnology to increase output while significantly lowering input consumption compared to 2020, farmers will be part of a highly digitalized ecosystem, getting services and transacting on smartphones and connecting with customers to ensure quality while maintaining better margins for themselves. Rather than traditional approaches, crop selection and production planning will be based on a market-driven strategy supported by technology.

The efforts therefore should be to convert all the challenges in agriculture into opportunities and this process is the future of agriculture.

Digitization of the Farm

Farms will go “live” this decade, sensing and communicating weather, nutrients, moisture, and crop health as living breathing systems, and we will be able to create digital-twins of farms, greatly improving our ability to simulate the impact of interventions virtually before testing them in the physical world. Remote sensors for sophisticated visual assessment outperform human-assisted testing in terms of accuracy and detail. This has far-reaching implications for how soil and agricultural growth are investigated in India.

The Internet will be inexpensive and accessible to everyone. By 2030, 1 billion Indians are predicted to have access to the internet, with about half of them using local regional languages, significantly increasing digital user engagement from 2020.

7G networks by the end of the decade, will increase the usefulness of IoT by allowing for breakneck-speed cross-exchanges between phones, sensors, and satellites, as well as hyper-precision crop monitoring.

Logistics and distributors will be highly formalized and consolidated players who provide a variety of intermediary services to farmers and retailers digitally, including finance, transportation, and storage, under one umbrella. They will be essential nodes in traceability systems, ensuring that store and warehouse capacity utilization is maximized to suit the demands of farmers and retailers through continuous, real-time monitoring of supply and demand. With this connection, “logistics” will no longer be a repeating search and negotiation by farmers, but rather an automated mechanism activated by block-chain-based smart contracts with farmers and merchants.

Precision agriculture and automation will become the standard, even among smallholders, across the whole value chain, from seeding to harvesting.

Infrastructure will alter the operational environment of consumer and farmer.

Paved roads will connect nearly all Indian villages, allowing easy access to over 195,000 villages. This will allow millions of untapped consumers and markets to participate in modern trade and commerce.

Around 570 million farms across the world are facing the threat of climate change at present. Hence, Climate smart agriculture (CSA) methods are being used throughout the food system to reduce agriculture’s environmental effect while also making it more adaptable to stress. Increasing agricultural output and farmer incomes in a sustainable manner, adjusting to climate change, and lowering greenhouse gas emissions (GHG) whenever possible are among the goals of CSA.

Role of emerging technologies in Agriculture

After nearly 20 years of data gathering through digital services and remote sensors, governmental and commercial entities are projected to have massive volumes of personal and statistical data about farmers and the agricultural sector by 2030. The major advances in AI, such as large-scale machine learning, deep learning, and computer vision learning, will aid in the development of models (including neural models for machines) with hitherto unseen precision and dependability.

The ongoing advancement of computational power will result in the optimization of every stage of agriculture—from production to consumption—lowering prices, boosting access, and raising the quality of outputs all at the same time, as well as enabling real and deep automation of agricultural chores. Farm robots will go from basic command-driven machines to smart self-directing and self-correcting farm employees.

India will usher in a new age of “designer plants” that are tailored to certain agro-climatic zones and their unique stressors, as well as to customers. The rallying cry for higher plant resilience is louder than ever—against climate change, pests, herbicides, viruses, and drought, all of which are anticipated to worsen this decade.

Genetic modification (GM) as we know it is mired in societal shame and policy gridlock, and traditional breeding (cross-breeding) takes far too long to produce new varieties.

Nuclease technologies, which can create exact cuts and pastes in a plant’s DNA to obtain desired features, come into play. These methods can produce viable variations in 3-5 years, as opposed to 10–15 in traditional breeding. Nuclease technologies have lately become the focus of breeding projects and are projected to gain significant investment this decade due to their accuracy, turnaround speed, and regulatory favorability (they are not transgenic, i.e., they do not extract DNA from other species).

Plant breeding aims in India will be related to market demands in the future and will include nutrition (biofortification of plants for micronutrients), shelf-life (to overcome storage difficulties in India), healthcare (for plant goods low in sugar, trans fats, gluten, and so on), and flavour (to ensure food does not compromise flavour due to enhanced nutrients or shelf life).

Agricultural biologicals, combined with precision technologies that can monitor detailed parameters of soil and plant health, will become a farmer’s personal pharmacy that can be drawn from for each plant and soil system by 2030, acting as a microscopic, intelligent army supplying and repairing plants as needed.

As the Indian agriculture and related sector prepares to incorporate contemporary technologies such as IoT, AI/ML, and genetically modified crops, Indian and international agritech businesses can play a critical role in delivering these cutting-edge technologies to farmers. However, key aspects that will determine the success of digital agriculture in India include the affordability of technology, the simplicity of access and operation of systems, the ease of system maintenance, and supporting government regulations.

The real bottom line is whether farmers will be able to exploit current technologies in a country where education, holding size, infrastructure, low technology acceptance, and other factors are all present. Yet, we cannot ignore the fact that India can potentially bring about a balance where rising incomes could improve the lives of millions of farmers, and high-quality food at affordable prices could reach the consumers, thereby becoming an integral part of inclusive growth transformation. 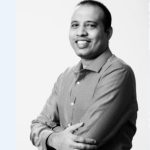 Mr. Anuj Kumbhat is the Founder & CEO of Weather Risk Management Services, a company that develops path-breaking risk management solutions for farmers by leveraging data, technology and financial innovation. Since its inception in 2004, the company has touched the lives of over 2.5 million farmers in 22 states of India and 15 countries worldwide. 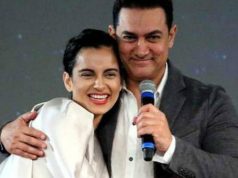